Are Birds Dinosaurs? Or Reptiles 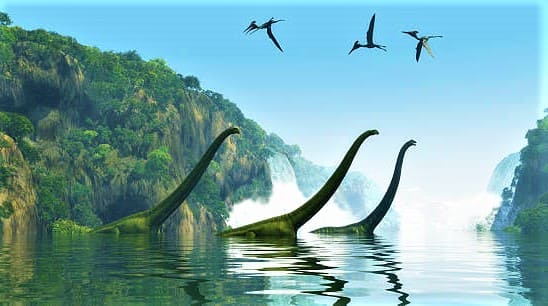 John Ostrom's 1969 monograph on the bipedal predator Deinonychus (Ostrom 1969) presents a more specific view of the evolution of birds from small theropod dinosaurs. This is in the same group as Tyrannosaurus rex, although the birds evolved from small theropods that were not as large as Tyrannosaurus rex. Modern birds evolved from a group of bipedal dinosaurs called theropods, which included the large Tyrannosaurus rex and the smaller velociraptors. Tyrannosaurs and dromaeosaurs include Bambiraptor and Velociraptor, which later shared a common ancestor with birds.

Skeptics might argue that the appearance of feathers in both birds and non-avian dinosaurs is the result of convergent evolution, in which similar traits appear independently in unrelated species. Most of the evidence that birds can't be dinosaurs has to do with differences in the morphology of the lungs (which don't fossilize, so it's impossible to prove or disprove), ankles, and finger bones. Some ornithologists and paleontologists argue that theropods cannot be the ancestors of birds, because they do not correspond either in anatomy or in lifestyle to the true ancestors of birds, as these researchers imagine them to be.

The minority hypothesis, attributed to scientific illustrator Gregory Paul's books The Predatory Dinosaurs of the World (1988) and Dinosaurs of the Air (2002) by scientific illustrator Gregory Paul, suggests that some groups of flightless carnivorous dinosaurs, especially deinonicosaurs, but possibly others, such as oviraptorosaurs, therizinosaurs, alvaressaurids, and ornithomimosaurs actually evolved from birds or other flying maniraptors. Scientists have more interesting questions to explore, such as how the flying qualities of birds changed, what was the earliest function(s) of feathers when endothermy arose in some archosaurs, which theropod group was the ancestor of birds, how theropod ecology changed with the acquisition of the ability to fly. , so some groups of birds survived the extinction of other dinosaurs in the Lower Cretaceous, etc. Without the lithographic feathers of Archeopteryx, Archeopteryx closely resembles a small coelurosaur such as a dromaeosaurid or troodontid. The discovery of many feathered dinosaurs in the early 1990s means that the primitive bird Archaeopteryx is no longer a key figure in bird evolution.

For decades, paleontologists believed that the only fossil link between birds and dinosaurs was Archeopteryx, a hybrid creature with feathered wings but teeth and a dinosaur's long, bony tail. Fossils of the oldest birds closely resembled small feathered dinosaurs, and the young had much in common. Some dinosaur bones were also very light in color, laid eggs, and, despite their general appearance, also had much in common with modern birds.

When we look at the evolutionary origins of our common birds and the fossils of ancient creatures we can observe, we can see that bird-like dinosaurs survived and continued to evolve when terrestrial theropods went extinct. Existing birds evolved about 150 million years apart from other Hollow dinosaurs, so they looked, behaved, and functioned quite differently, but science has shown us that they are closely related to a common evolutionary history. 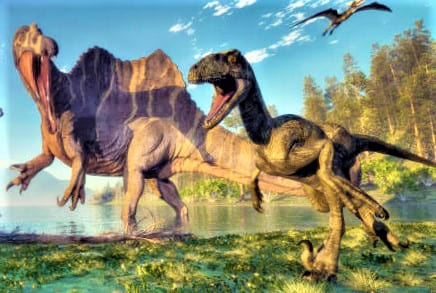 that hatched Archaeopteryx 150 million years ago. A wide variety of birds can be traced back to flying dinosaurs in the Cretaceous period or earlier. Only the uniqueness of birds seems to explain their tenacity and ultimately their success and prevalence in a world where other groups of dinosaurs—their contemporaries—no longer exist.

Indeed, scientists have since identified a number of characteristics that conveniently place birds such as dinosaurs in the phylogenetic tree. In recent years, scientists have uncovered more and more evidence of gradual changes leading to the emergence of bird-like dinosaurs and, ultimately, birds (which, remember, are dinosaurs). Birds were not yet well accepted as descendants of dinosaurs, hypotheses such as A. Walkers' 'crocodylomorph' ancestor and G. Heilmans' thecodont ancestor dominated for most of the 16th and 19th centuries, or birds were simply dismissed as originating by some unknown reptile, which didn't matter anyway.

Rare fossils also provide insight into the behavior of avian dinosaurs, such as Merosaurus, a small, duck-sized bipedal dinosaur from the Cretaceous period. Scientists at BANDit point out that these animals—the bizarre Lepidosaurus (left) and the Climosaurus—are better bird ancestors than theropod dinosaurs. Based on these key traits, scientists "almost certainly say that birds belong to the theropod lineage," says Andre Rowe, referring to carnivorous dinosaurs such as Tyrannosaurus Rex, Allosaurus and Compsognathus.