As you can imagine, there are more than 10,000 species of birds in the world, and their diets and foods vary widely. But what are omnivorous birds? Many birds are considered omnivores, including crows, ducks, blackbirds, blackbirds, woodpeckers, orioles, cranes, pheasants, gulls, robins, starlings, and chickens. The diets of these birds are very varied, depending on the food sources in and around their habitat. While the above list of birds is considered omnivorous, some birds are more omnivorous than others. 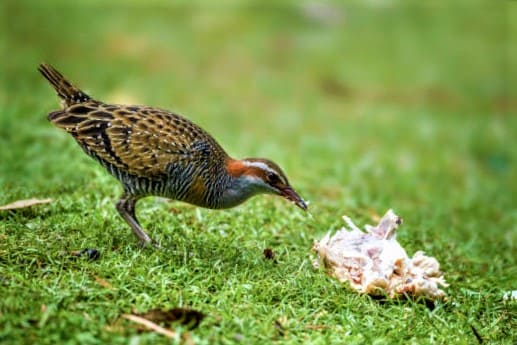 What do omnivorous birds eat?

However, they are not all finicky and will eat both plant and animal foods. Omnivore is the term given to animals and birds whose diets often include substantial amounts of plant and animal foods. The adjective that describes these animals and birds is omnivorous. The diets of omnivorous birds vary widely, depending on their range and the abundance of certain food sources within their habitat.

To be considered an omnivore, birds do not have to eat all kinds of plant or animal foods. However, the diet should contain a significant amount of both animal and plant products. Diet classification is usually done only when the birds reach the adult stage, since both chicks and their juvenile stages of life can consume significantly different diets.

This is because young birds are dependent on foods rich in nutrients and proteins to promote growth and development. From a technical standpoint, most birds can be considered omnivores as most birds consume insects as part of their diet as they provide a reasonable amount of protein. However, birds that eat only a small proportion of insects and other animal materials and have a diet of mostly plant foods are not usually classified as omnivores. Birds, usually classified as omnivores, have a roughly equal balance between the amount of plant and animal food consumed in their diet.

Are birds omnivorous all year round?

Omnivorous birds need to change their diet mainly depending on the time of year and available food sources. This means that during spring and summer insects can be the main source of food, as insect populations are growing rapidly and there are many of them around. As summer draws to a close, insect populations may begin to decline, and instead, omnivorous birds often feed on fruit, which now becomes more available as the crop matures.

The highly varied diet and adaptability of omnivorous birds means they tend to have a better chance of survival as they have a wider choice of food they can and will eat. This is much more evident for resident and non-migratory bird species during the colder winter months. Not only does timing determine what omnivorous birds eat, as during the breeding season, females often consume foods that contain more calcium. This is because it promotes the healthier development of their eggs.

When the birds die

more animal products can be consumed as the higher levels of protein and nutrients greatly promote the development and growth of new feathers. Migratory birds require a diet high in calories and fat both before and during migration. This extra energy is critical for birds to successfully make long-distance migrations. Chickens and young birds often have diets in which they eat more animal products. This is because high levels of protein and nutrients are required for growth and development during such a key period in their lives. 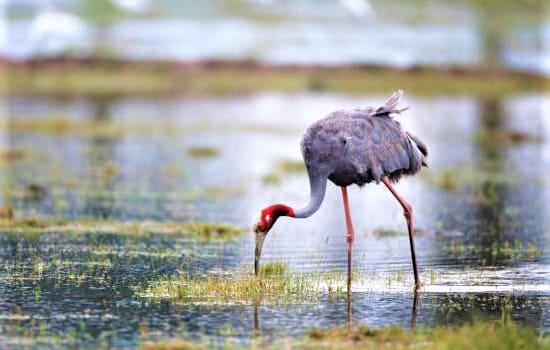 How to feed omnivorous birds

in the garden and in the yard? Because of the bird's varied diet, this means that the combination of animal and vegetable products placed in the feeder will satisfy all species and attract a more diverse group of hungry birds. Garden bird foods of animal origin include mealworms, crickets, and anything else, including lard. Keeping pesticides and insecticides to a minimum will mean birds will have plenty of insects and rodents to hunt and feed on.

Some examples of plant-based bird foods include seed mixtures, sunflower seeds, niger seeds, peanut butter, fruit pieces, sugar or water nectar, berry bushes, fruit trees, flower seeds, and pumpkin seeds. Having a mixture of the above in your feeders will not only provide birds with a great source of food, but it will also attract more variety of bird species to your backyard. Having many different types of feeders also helps attract more birds, as different styles of feeders are more accessible to certain birds than others.

Make sure to clean your feeders regularly to stop the spread of disease and make them less attractive to rodents and pests. Also, consider installing deflectors to deter unwanted visitors.

Eagles are not omnivores

but are usually classified as carnivores because their diet consists primarily of other animals. Eagles will only eat vegetative vegetation to satisfy hunger or aid digestion; however, this is very rare. Most owls are carnivorous and feed mainly on small mammals, including mice and rabbits, lizards and snakes. There are a few exceptions to this rule where smaller owls such as the burrowing owl may also consume seeds and fruits from time to time. Owls rarely consume vegetation, and when they do, it is usually in desperation not to starve to death when there is no other food around.

It can also help with digestion, but this is quite an unusual behavior.

Are all birds of prey omnivores?

Carnivores are not omnivores, instead, they are all classified as carnivores.

This is because most of the food they hunt and consume is the meat of other animals. Most predators hunt and feed on reptiles, mammals, other birds and fish.