Do Birds Have Teeth?

You may have noticed that some birds have indentations in their beaks, so you might be wondering if they have teeth. Predators have what looks like teeth on their beaks, but they are actually indentations that help them grasp food. For prey hunting birds, they have powerful claws and beaks to help them eat. Birds that feed mainly on insects chase insects that do not move or use their beak to find insects under the bark, such as woodpeckers. 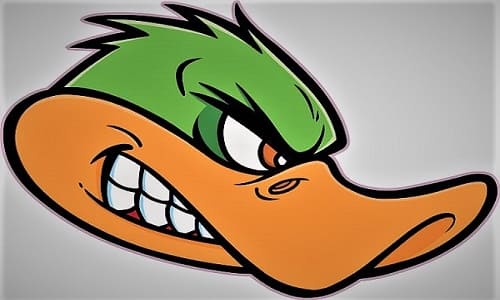 Birds usually swallow the food whole, but if the food is large, such as whole fruit or reptiles, the bird will first use its beak or claws to break it down. Birds swallow the food whole, and then their stomachs (a muscular organ in the stomach) grind the ingested food to aid digestion—toothing actually makes the bird's food less effective.

Without teeth, a bird cannot chew crushed food in its mouth, as humans do. We know that birds do not have teeth, so how do birds eat, because they cannot bite off food like people and other predatory animals. Although each species does not have teeth, they have adapted perfectly to eating without them.

According to the study, the ancestors of modern birds had teeth, but they lost them around 116 million years ago and around the same time they began to develop beaks. The researchers say that beak development in birds and tooth loss happened around the same time; the fossil record has primitive birds such as Ichthyornis that have a partial beak at the front of the mouth and teeth at the back, an intermediate development.

Although modern birds evolved from a group of toothed reptiles, the triggers that produced their genes were cut off about 100 million years ago. According to research, toothed archosaurs, reptilian groups and theropod dinosaurs are believed to be the ancestors of modern birds.

Birds evolved from dinosaurs and their ancestors had many sharp teeth. Modern birds are descended from theropod dinosaurs, including ferocious carnivorous beasts with mouthfuls of sharp teeth, such as velociraptors and tyrannosaurs, which were featured in the movie Jurassic Park. Unlike modern birds, Jurassic dinosaurs known as theropods had mouths full of teeth. Modern birds do not have teeth, unlike their ancient avian ancestors, dinosaurs and other prehistoric birds.

Toothless birds survived the mass extinction of the dinosaurs, and it is believed that this is because they fed on seeds. In the new study, the researchers studied mutated remnants of tooth genes in modern birds to understand when the birds developed "adentia," the absence of teeth. In the new study, the researchers wondered if the avian lineage lost its avian lineage's teeth in a single event, meaning the common ancestor of all living birds had no teeth, or if edentulism arose independently, in different bird lineages throughout history, the researchers said.

Gene mutations associated with dentin and enamel are shared by all birds, suggesting that their common ancestor lost the ability to form teeth, the researchers said. Previous research in the field concluded that birds descended from dinosaurs, lost their teeth as part of the evolutionary benefit of improved flight. Birds shed their teeth to hatch faster from their eggs, a new study questions established scientific assumptions about how and why they evolved. In fact, the birds gave up their teeth to speed up egg hatching, challenging long-standing scientific views on the evolution of toothless beaks, the research paper said.

The new study has important implications for describing how birds swap teeth for beaks, but why this remains a mystery. No one seems to know why these birds lose their teeth instead of their beaks, but it turns out it works in their favor. Why birds lose their sharp teeth over time is unclear, but there are several theories.

Although it appears that replacing teeth with beaks puts birds at a disadvantage. While birds are losing the function their teeth can provide, the beak actually provides more room for other activities. In fact, I hope this helps you understand what birds need and do in their daily lives, and their beaks are actually a more versatile tool than their teeth. While birds hunt and eat like any other creature...and tusks seem to be a necessity, their toothless mouths are sufficient to support them in capturing and eating their prey, meeting their needs, and providing other benefits.

When feeding, most birds swallow their prey whole or cut the food into pieces with a sharp beak. An alternative hypothesis, based on the observation that primitive toothed birds disappeared by the end of the Mesozoic, is that the beak is better suited for eating certain types of food.